Unfortunately for many of us, the Summer Solstice has now been and gone, meaning that pretty soon the days of having dinner al fresco as the sun sets will soon be replaced by longer nights and bowls of soup by the fire.
Whether or not you’ll be mourning the loss of another slightly disappointing British summer, thankfully in the world of fashion there’s always something to look forward to and this Autumn won’t disappoint!

Based on our analysis of the AW16/17 London Fashion Week shows, here are our top 5 trends that we think are more than likely going to flood the highstreet this Autumn/Winter. 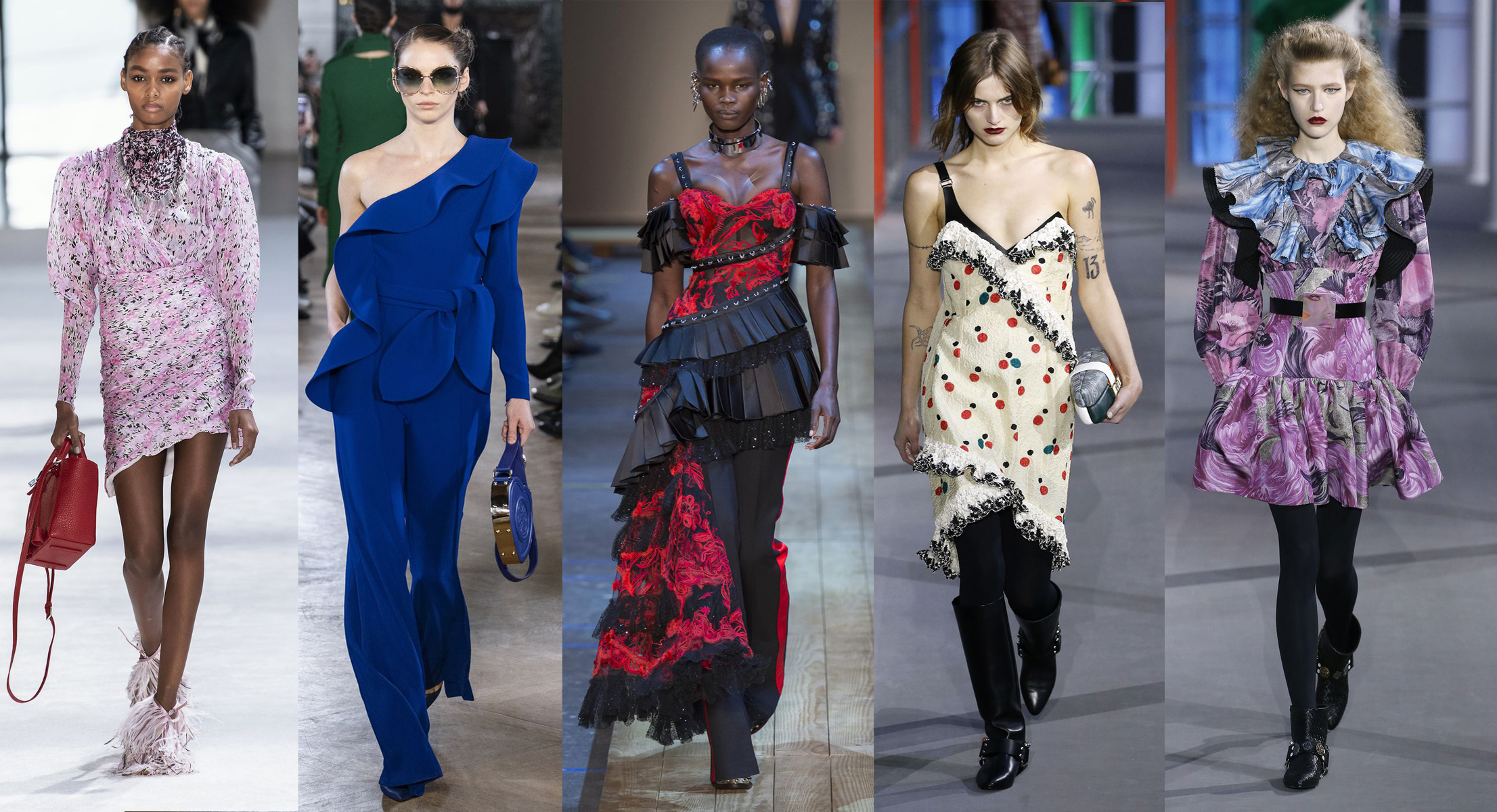 From sleeves to dress hems, ruffles were all over the catwalks this year. Surprisingly, this look proved to be massively versatile; used to make pale garments more whimsical and girly, but also to make dark garments more dramatic and gothic.

On the highstreet: It’s likely that we’ll start to see an influx of ruffled shirts in luxe fabrics, and also lots of ruffled hemlines on occasion dresses as the party season swings in.

Coats were big this year, literally! There was a great selection of puffer jackets from the likes of Stella McCartney and Balenciaga, but also a great range of exaggerated tweed overcoats.

On the highstreet: This trend will probably translate onto the highstreet as loose fit, boyfriend cut coats, and belted puffer jackets with padded collars to emphasise the puffy look! 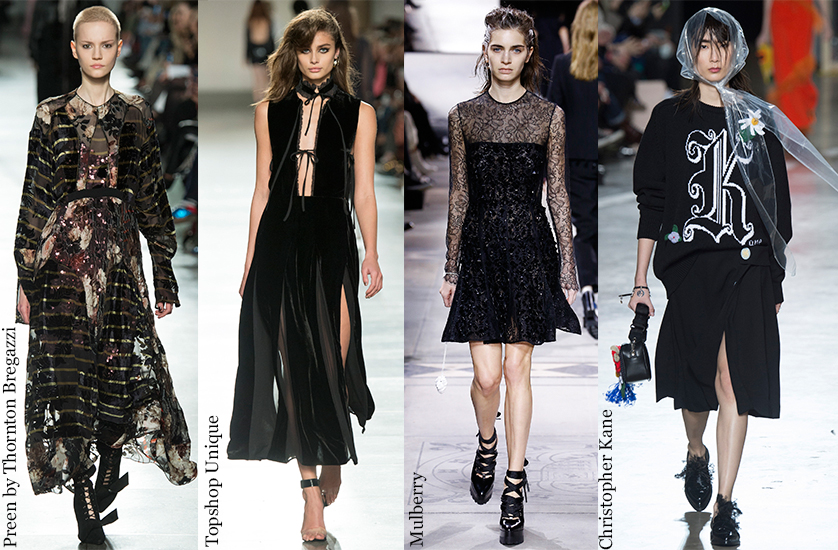 AW15 was full of Victoriana influence, and this trend has trickled into 2016 with the prominence of all-black ensembles that rely on texture and embellishments to create dramatic effect. Key designers such as Alexander McQueen took dark fabrics and paired them with lace, pussy bows and diamanté detailing to create a halloween-esque luxury aesthetic.

On the highstreet: Expect to see lots of ranges of dark and black pieces in a range of goth-inspired fabrics such as velvet, sheer lace, chiffon and silk. 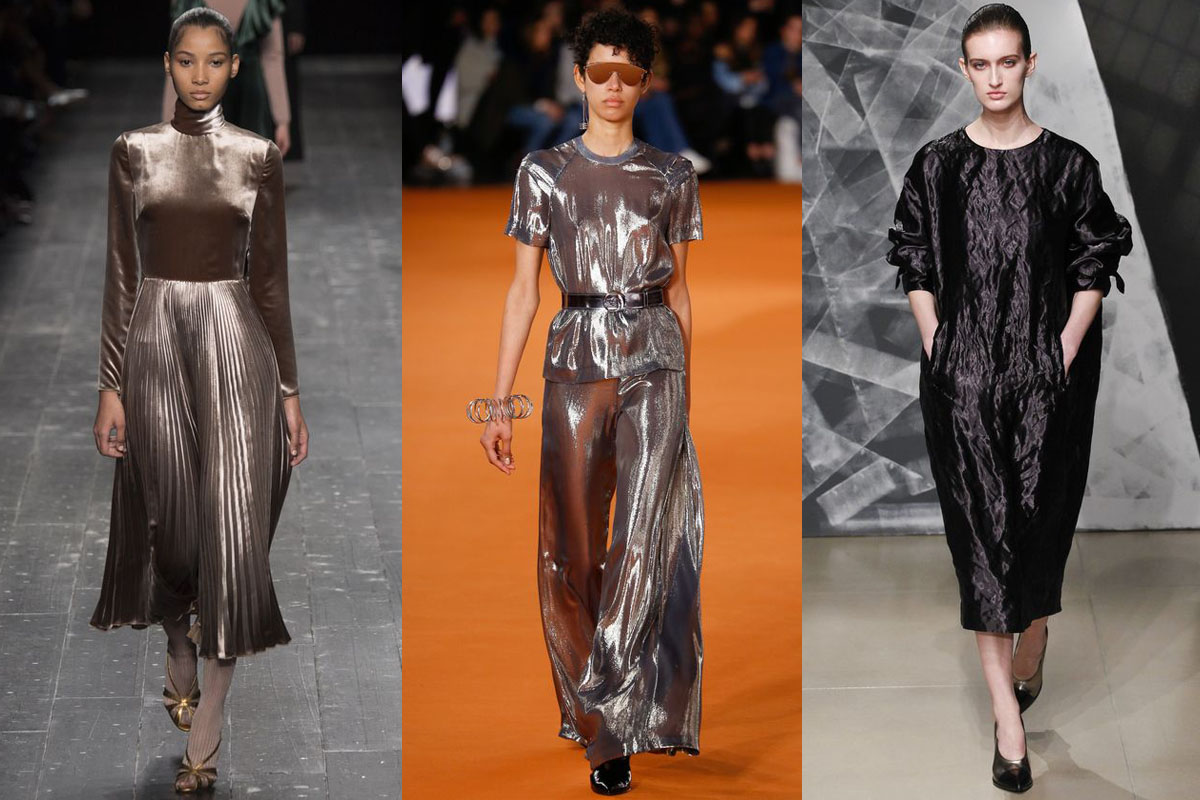 Valentino, amongst many other designers, showed a lot of metallic finishes this year, and it looks likely that whereas last year we saw a huge influx of glitter and sequin pieces, this year is all about making an impact with a more subtle sheen and glow.

On the highstreet: Party season will most likely bring this trend to the fore, with lots of bronze and gold sheen fabrics and high shine fabrics such as crushed velvet and satin. 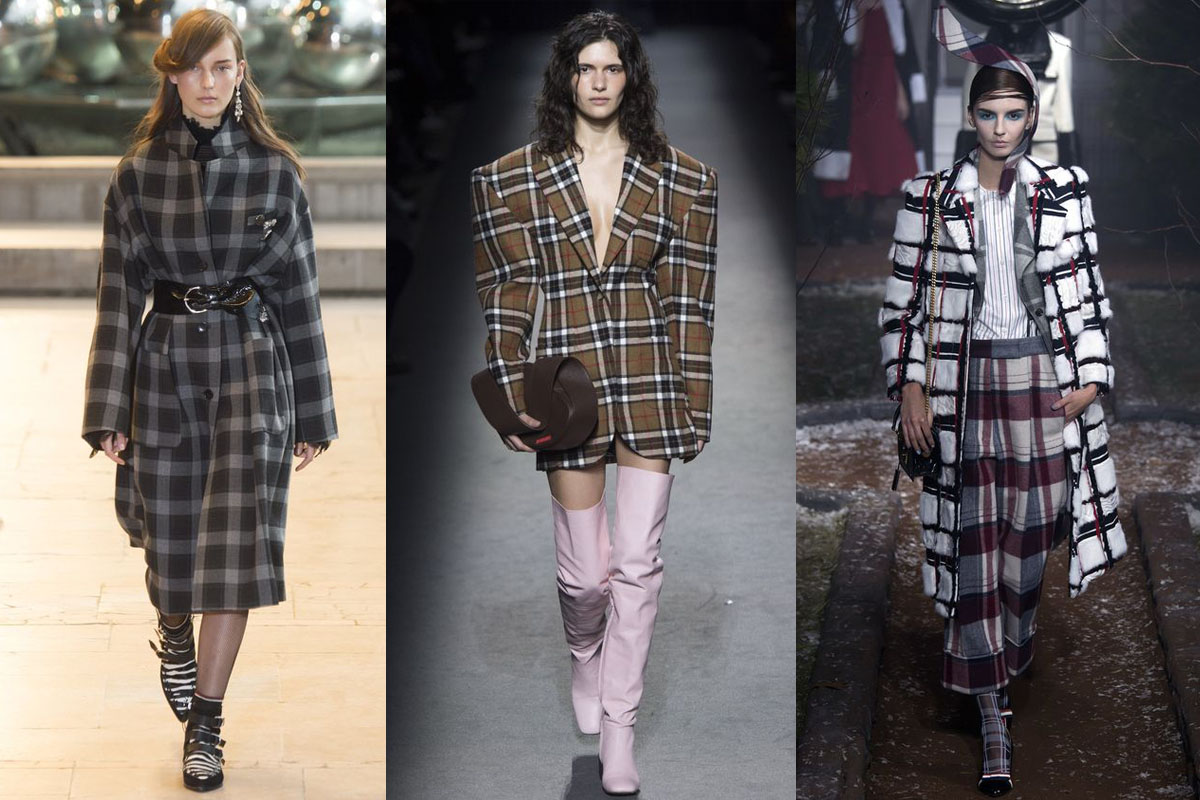 This Scottish influenced trend crops up fairly regularly as the colder months roll in, and this year was no different. Oversized check and tartan on outwear acted as the statement pieces in many collections, usually in a range of muted and sombre colours.

On the highstreet: Checkered jackets are like to feature prominently, but also keep an eye out for checkered shirts as key pieces for an overstated autumn look.